How does Pillar One Tie into Pillar Two? 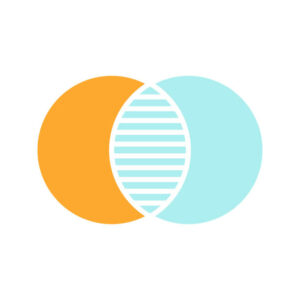 Although Pillar One and Pillar Two are largely separate, there are some overlaps between them.

For instance, Pillar One applies before Pillar Two when considering the application of Pillar Two.

This means that for Pillar Two purposes, any tax on income allocated to a jurisdiction under Pillar One will be treated as a covered tax when calculating the GloBE ETR. This is because the tax on the income is based on the income or profits of the entity. See our analysis of covered tax at Pillar Two Covered Tax.

But how about the opposite scenario? How does Pillar Two impact on Pillar One?

The draft Pillar One rules issued by the OECD on July 11, 2022 include some interesting overlaps with Pillar Two.

Firstly, a number of the definitions are very similar to the Pillar Two Rules. For instance a qualified domestic minimum top-up tax is defined as:

Secondly, the calculation of the Pillar One elimination profit includes many adjustments that mirror the Pillar Two GloBE rules.

Adjustments to the financial accounting profit or loss to calculate the elimination profit include:

If you’re familiar with the Pillar Two Rules, you will recognize a lot of these as they are similar to the adjustments used to calculate GloBE income (see more on these adjustments for Pillar Two purposes at Pillar Two GloBE Adjustments).

They don’t tie in completely though. For instance, under Pillar One there is no adjustment for foreign currency gains or losses arising from differences in the tax and accounting currency, whereas Pillar Two requires an adjustment.

As with Pillar Two, the purposes of the adjustments is to identify a standardized measure of taxable income that reflects the general principles of the members of the Inclusive Framework.

For instance, take the case of stock-based compensation expenses.

Given both Pillars rely on the financial accounts as the starting point of their respective calculations, the expense for stock-based compensation would be based on the accounting treatment. As we explain in our analysis of Pillar Two GloBE Income Elections companies generally account for stock-based compensation based on the present value of the stock option at the time of issue, and amortize that amount over the vesting period.

However, for tax purposes, companies generally deduct the value of stock-based compensation based on the ultimate market value of the stock.

For Pillar Two purposes, an MNE group can elect to apply the treatment for tax purposes. For Pillar One there is no election – it is mandatory to replace the accounting treatment with the tax treatment.

There are a number of other cases where the Pillar One Rules ‘piggy-back’ on the Pillar Two Rules including:

– The rules to allocate income arising to a flow-through entity. This includes tax transparent and reverse hybrid entities.

See our Pillar Two analysis at Allocation of Income, however, the Pillar One rules are remarkably similar and allocate the income to the entity owners unless its a tax transparent entity that is a UPE or a reverse hybrid (in which case the income remains with the entity itself – just as under Pillar Two).

The overlap between the two Pillars is to be welcomed for MNEs and their advisers, given it reduces the complexity of what is already a very complex area.

Lee is a qualified Chartered Accountant and Chartered Tax Adviser. A former Senior Tax Analyst at Bloomberg Tax, Lee began his career in Ernst & Young's Entrepreneurial Services department and has 20 years of international tax planning experience. Lee's books have been recommended by The Times, The Guardian and The Telegraph.