Overview The general rule is that a UPE is required to apply the Income Inclusion Rule (IIR) where it owns an ownership interest in a low-taxed constituent entity at any time during a fiscal year. If the UPE is not required to an IIR the obligation flows downtime ownership chain. Special rules apply to intermediate parent entities and partially-owned parent entities (POPE's).

The requirement to hold an ownership interest at any time during the fiscal year means that even if a constituent entity is sold, the IIR still applies.

Note that whilst the Pillar Two GloBE ETR calculation is carried out on a jurisdictional basis, the charging provisions apply on an entity basis. This is why for instance, after the top-up tax has been calculated, there are rules to then allocate this top-up tax back to the constituent entities (based on each relevant constituent entity’s share of the total net Pillar Two GloBE income of the jurisdiction).

Certain other entities also can’t be an intermediate parent entity. This includes investment entities, partially owned parent entities (‘POPEs’) and permanent establishments (‘PE’s). If a constituent entity is held via a PE, ownership is deemed to be with the main entity.

Just as for a UPE, an intermediate parent entity that owns (directly or indirectly) an ownership interest in a low-taxed constituent entity applies the IIR (assuming it is located in a jurisdiction that applies an IIR) and pays top-up tax based on its allocable share of the top-up tax of the low-tax entity. Again, just as with a UPE, a controlling interest in the low-taxed constituent entity isn’t required.

You may be thinking, well, if there is a UPE and an intermediate parent entity that has an ownership interest in a low-taxed entity, who pays the tax?

Article 2.1 of the OECD Model Rules applies a top-down approach. This means that the IIR falls to the entity at the top of the ownership chain. If there is no IIR in force in the jurisdiction of the UPE, the liability to account for top-up tax under an IIR then flows down the ownership chain.

If there are two or more intermediate parent entities that own an interest in a low-taxed entity, again this top-down approach applies, so the entity that is highest in the chain that applies an IIR would be liable.

A UPE is resident in country A. Country A does not apply an IIR.

The UPE owns 100% of Company 1 and Company 2. Both companies are resident in Country B, which does apply an IIR.

Companies 1 and 2 each own 50% of Company 3, which is tax resident in Country C. Country C does not apply an IIR. Company 3 is a low-taxed entity and top-up tax of 10,000,000 euros is calculated under the Pillar Two GloBE rules. 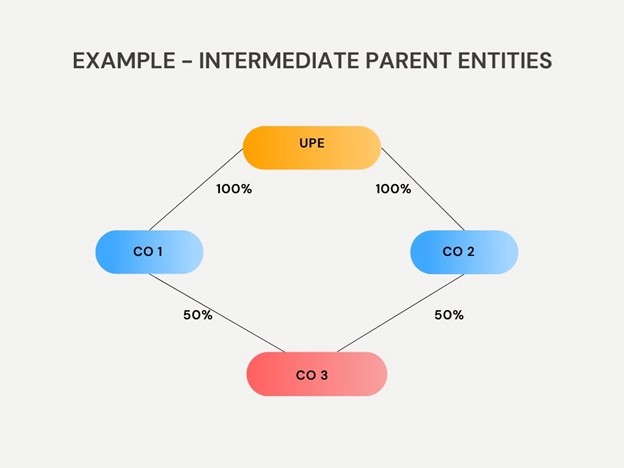 The UPE would not apply an IIR, as Country A has not implemented an IIR. As such, the top-down approach applies and the intermediate parent entities (Company 1 and Company 2) would apply the IIR given Country B has implemented an IIR. 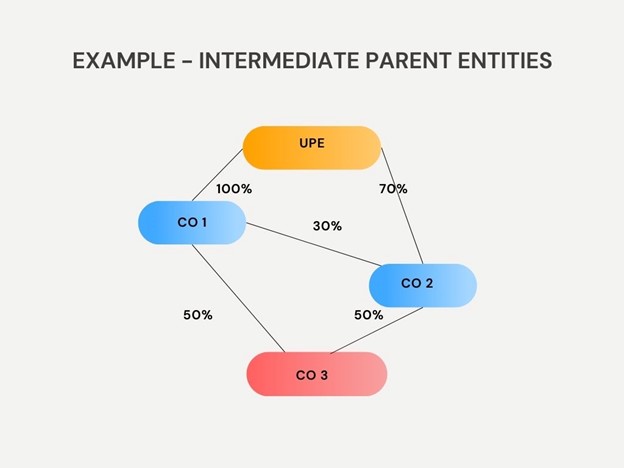 If the UPE jurisdiction applies an IIR, the situation would be straightforward, and all of the top-up tax would be allocated to the UPE under the IIR.

However, as the UPE jurisdiction does not apply an IIR, Company 2 is required to apply an IIR as it is classed as an intermediate parent entity given it owns an ownership interest in a low-taxed entity (Company 3).

Company 1 is also required to apply the IIR as that is also an intermediate parent entity given its ownership interest in Company 3. However, Company 1’s allocable share of the top-up tax is reduced by the amount levied in Company 2 in respect of its indirect ownership.

Providing the intermediate parent entity highest up in the chain applies an IIR, it is that entity that applies the IIR. Therefore, in this example that would be Company 1.

A POPE is defined in Article 10 of the OECD Model Rules as a constituent entity, other than a UPE, that owns (directly or indirectly) an ownership interest in another constituent entity in the same group, and the right to more than 20% of its profits are held by persons that aren’t part of the MNE group.

There’s a departure here from the standard top-down rule for POPEs as under Article 2.1.4 of the OECD Model Rules, even if a UPE applies an IIR, if there is a POPE that owns an interest in a low-taxed entity it will also need to apply the IIR. If there are two or more POPE’s in the ownership chain that hold an interest, then the top-down approach applies providing the subsidiary POPE is wholly owned by the parent POPE.

A UPE is resident in country A.

The UPE owns 70% of Company 1 which is resident in Country B. The other 30% ownership interest is owned by non-group members.

Company 3 is a low tax entity and top-up tax of 10,000,000 euros is calculated under the Pillar Two GloBE rules.

All jurisdictions apply an IIR except for Country D. 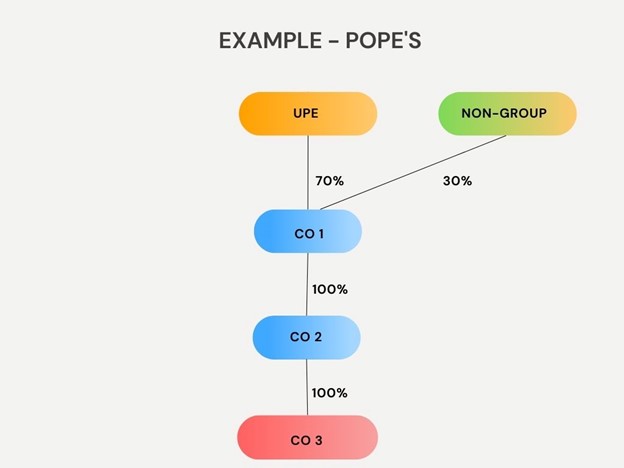 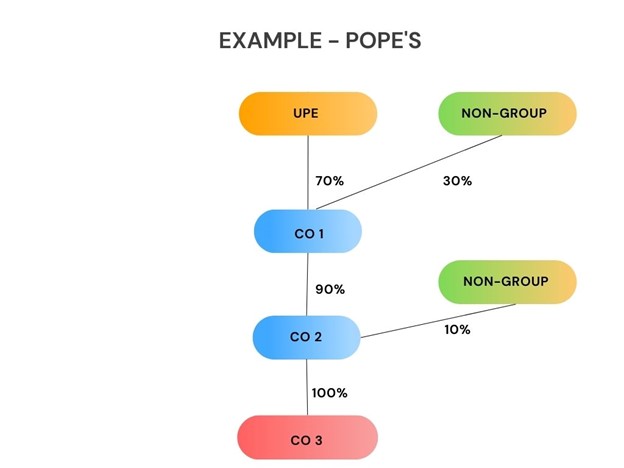 A POPE is required to apply the IIR irrespective of whether the UPE applies an IIR providing the POPE jurisdiction applies an IIR.

Therefore, both Company 1 and Company 2 would be required to apply an IIR. However, if one POPE is wholly owned by another, the IIR applies to the POPE highest in the ownership chain. In this case, Company 1 would apply the IIR. Its allocable share would be 100% and it would pay top-up tax of 10,000,000 euros.

This example illustrates that whilst there is a general top-down approach, the existence of a POPE can effectively switch this off so that the entity lower in the chain applies the IIR.

If Company 1 owned 90% of Company 2, with the remaining 10% owned by third parties, the result would be different.

However, as Company 1 does not wholly own Company 2, there is no switch-off mechanism to allocate the IIR just to Company 1.

Therefore Company 2 would apply the IIR based on an allocable share of 100% (ie 10,000,000 euros top-up tax). Both the UPE and Company 1 would also apply the IIR but the IIR offset would reduce any top-up tax payable to zero.

What is the Income Inclusion Rule?

What is a Pillar Two Intermediate Parent Entity?

What is a Pillar Two Partially-Owned Parent Entity (POPE)?

A POPE is defined in Article 10 of the OECD Model Rules as a constituent entity, other than a UPE, that owns (directly or indirectly) an ownership interest in another constituent entity in the same group, and the right to more than 20% of its profits are held by persons that aren’t part of the MNE group.

There’s a departure here from the standard top-down rule for POPEs as under Article 2.1.4 of the OECD Model Rules, even if a UPE applies an IIR, if there is a POPE that owns an interest in a low-taxed entity it will also need to apply the IIR. 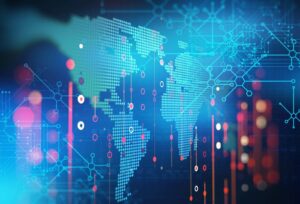 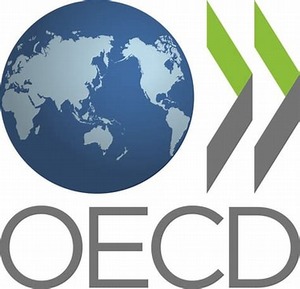 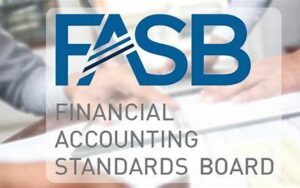 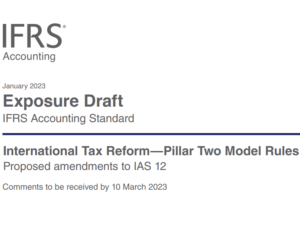 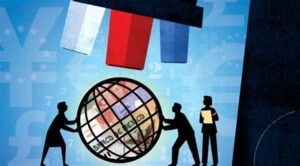 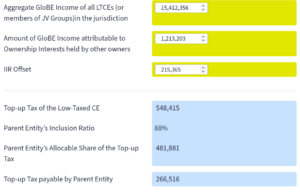 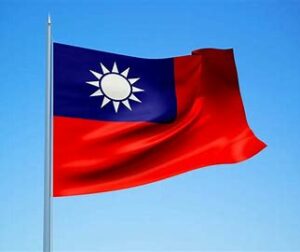